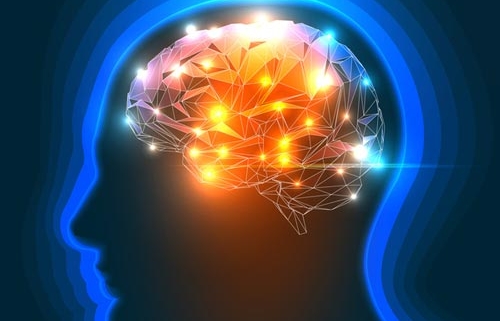 I’ve recently been reading more about the neuroscience of creativity.  I realise it’s a tricky balance, that it would be dangerous to reduce the spark of human ingenuity to the quality or quantity of a certain number of neurons.  At the same time, one must always respect evidence-based learning, and so it’s useful to know what’s happening in our heads when we have moments of inspiration.  Though the creative act itself is still much of a mystery, it could only be helpful surely if leaders understood more about the conditions in which creativity can thrive.  I have long held that while leaders do not necessarily have to be creative paragons themselves, if their organisations value innovation then it is their leaders’ responsibility to ensure that they are cultivating the right environment for innovation to happen – by more people and more often.  The worst mistake that companies could do would be to abrogate all accountability for creativity by assuming that they just need to hire one role like a Chief Innovation or Creative Officer, and the creative waterfall would just flow.

But the question that we must ask ourselves then is: how would a leader know that she or he is creating the right environment?  For this reason, I’ve been perusing the neuroscience literature.  What I am currently finding most intriguing in my exploration are beta and gamma waves.  Brain waves are defined based on their frequencies, or cycles per second, measured in hertz (Hz).  If this sounds like an instruction manual for an analog radio, you wouldn’t be far off since frequencies are simply electrical pulses.  The number of pulses that the approximately 10 to the power of 11 neurons in the human brain send to one another per second via 10 to the the power of 14 contacts (or synapses) suggests that the adult brain carries out about one thousand trillion operations per second.  As a comparison, the Blue Water supercomputer has only about the same hardware capability.  That’s a lot of neurons firing a lot of electrical impulses in order to transmit and process information, which is why the brain consumes about 20% of all the body’s energy.

So, back to beta and gamma waves.  If in deep sleep, our brain waves reduce to 1-3 Hz (delta waves), at work the brain at normal consciousness experiences a beta wave state of 14-30 Hz.  Aside from the higher frequency, what’s most interesting about beta waves is that they are hard to interrupt.  We like solving everyday problems and pursuing linear thinking; we get loads of tiny rewards (dopamine) throughout the day for all those minor achievements.  In addition, our schooling and normal work tasks have conditioned us to exist in a beta wave state.  In other words, our brain has been habituated to be a little lazy, so we don’t achieve and/or cannot remain in the higher level of activity (gamma waves at 31-70 Hz) that peak performance and optimal creativity need.  An analogy I would suggest is giving a colleague a day’s worth of algebra problems to solve, and then interrupt him once every four hours demanding that he comes up with a new product idea in three minutes or less, then return to the math work.  Isn’t this what happens in a typical work environment?  We only rarely surface from the deep pool of linear thinking, identifying ‘best practice’, and chasing incremental KPIs.  Then in those precious few hours or days in the year, we’re not only allowed to be creative, but our leaders somehow expect that granting this limited time will somehow unlock Da Vinci-like genius innovation.

I’m not suggesting that linear thinking, incremental improvement, or engineering efficiencies can’t be helpful for businesses to survive and thrive.  I am proposing, however, that there is no balance between these activities and creative thinking.  If leaders want to experience true balance between the two in their organisations, then they have to offer much more time to innovation activity so that their colleagues’ brains may be reconditioned to move between beta and gamma wave activity more fluidly, and to stay in gamma (super focus and peak consciousness) for longer periods of time.  If we genuinely want performance that exceeds the competition, then irregular leadership is required to achieve irregular results.

THE ROI OF GEN Y

The Leader’s Creative Challenge
Scroll to top
Cookies help us provide, protect and improve our products and services. By using our website, you agree to our use of cookies.