Generation Y – or millennials – are likely to have between 15 or 16 employers during their career, as the dynamics of the working world changes rapidly.

But, how can employers make themselves attractive to this fast-growing cohort and, perhaps more importantly, how can they retain and develop new talent once they get it?

Speaking in the closing session of Citywire World of Boutiques Europe, Adam Kingl, a leadership expert and author, said there are three key components that any Gen Y candidate is looking for in a job.

‘I have asked them two important questions: what do you want from an employer, and what are the factors that would attract you? I gave them a bunch of options with a weighted ranking and there were tangible benefits and intangible benefits,’ he said.

Counting down his list, the third most attractive aspect, Kingl said, was development opportunities. He said many companies have complained about development being stymied by the lockdown, but Kingl refused to accept that excuse.

‘There is organic development in allowing people to join senior meetings, for example. I would also recommend coaching or mentoring – it doesn’t have to be any of your direct reports. Also consider reverse mentoring – if they are giving you something back.

‘When we come out of lockdown there are things like secondment, shadowing and international placements. Development can be anything as long as it involves constant growing.’

The second most important thing, he said, was that millennials want to know about the organisation’s culture. Kingl said they need to see what it takes and what it means to be successful within an organisation.

‘Allowing people to sit in on calls which show what success is. The best definition of culture is just two words “shared behaviours”, but you need to be involved to allow that to happen. When I asked people what one question they want to be asked, they said – I want to meet my team and see where my team would sit – so that isn’t macro, it is micro. It is culture.’

The leading demand, according to Kingl’s research, was work-life balance. He said this was a contentious issue, as Baby-boomers, those born between 1943 and 1960, tend to prioritise work against everything else and any demands to change this dynamic are viewed as selfish.

‘This was the most stunning finding I had, as there is semantic discord around this phrase, as different generations have different meanings when they talk about this statement.

‘Baby-boomers believe it refers to a “when statement” and it becomes something about the hours they put in. For Gen Ys it is a “where statement”, don’t chain me to my desk or only allow me to leave when the boss leaves, that’s face-time culture. This pandemic has shown we don’t need that.’

The fact many millennials change jobs multiple times does not mean that they may not return to an employer, Kingl said. ‘People think it is a closed door but it is not. If you can bring them back with more experience and more understanding, then surely that is a good thing?’ 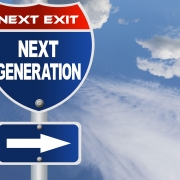 How to Develop Your Young People in Lockdown

One of the main conclusions I came to in researching my book, Next Generation Leadership, is that Generation Ys (Millennials) crave development more than almost anything else from their organisations.  But the question I hear now that we are in lockdown under Covid is: How can we recreate the development that would have happened organically by our youngest colleagues’ observing how senior people go about doing business?

There are still at least a couple of things that we can do.  First, even under lockdown, we can invite our young team members to senior stakeholder meetings, senior customers or strategic conversations, even if they are just observing.  If we want to enhance a culture of development, one way to do that is to help our people observe desired behaviours.  The best definition I’ve ever heard of ‘culture’ is so good because it is so simple.  It’s just two words: ‘shared behaviours’.  That’s it!  But that definition implies that you have to give your people the opportunity to observe behaviours in action, and you can certainly still do that under lockdown.

The second piece of advice I would give is to consider mentoring your youngest employees.  These don’t have to be your direct reports, but also make that a reverse mentoring opportunity.  You can teach them about how to navigate your organization, advance their careers, serve more sophisticated customers, and they help you with issues such as leveraging social media, identifying new customer segments, and using skills and tools they have acquired which many of their older colleagues have not.  It’s also an opportunity to find out for yourself what younger generations want from life, their career and their leaders.  I think you’ll find it illuminating!

So how do you still organically develop your Millennial colleagues under lockdown, in ways that don’t cost you anything?  First, invite them to senior virtual meetings, and ask them to observe and note behaviours.  And second, consider mentoring and asking for reverse mentoring.